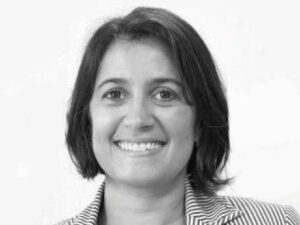 In terms of Olympic legacy collection and promotion, what is your assessment of the 2017-2020 period ?

Back in 2017, someone who wanted to get an overview of the legacy of a specific Olympic Games edition had to refer to multiple information sources. There was no “one-stop-shop” where consolidated information on the 120 years of Olympic legacy could be found.
We took an active role in collecting and sharing information on the legacy of the Olympic Games, from Athens 1986 to Rio 2016. For this, we consolidated information from existing sources, inside and outside the IOC, leveraging the resources and networks of the Olympic Studies Centre, through a collaboration with the International Academy of Sport Science and Technology (AISTS). This information has been used as a basis to publish over 130 articles at Olympic.org and produce short videos to promote them on social media.
A virtual hub for legacy information was created at Olympic.org/Olympic-legacy. It features short stories about legacies for people, the host city/territory and sport, presented in a friendly format, as well as information on the post-Games use of the Olympic venues. New editions of the Games are been added regularly to eventually include all past Olympic Games.
During this period, we have also focused on increasing flexibility and creating a framework for the use of Olympic properties for non-commercial legacy promotion and celebration. We have engaged with cities, NOCs and legacy entities celebrating 13 Olympic Games anniversaries to understand their needs and provide assets, services and support. The results of this work were captured in a guide on legacy promotion and celebration which was made available to host cities in January 2020.

The IOC has discussed its 2021-2025 objectives on the occasion of the November 2020 Sustainability and Legacy Commission. In a nutshell, what are the main avenues and objectives of this strategy which embeds legacy throughout the lifecycle of the Games?

The IOC legacy objectives for the 2021 – 2025 are an evolution of the IOC Legacy Strategic Approach from 2017. They have been developed based on extensive stakeholder consultation which took into consideration the progress made during the past three years and the contextual environment of a post-corona world.
In a context where there will be higher competition among sport organisers to attract funding – especially public funding – the impact and long-term social benefits of sport events will be more important than ever.
One of our priorities for the next four years is to help ensure effective governance and funding for legacy. Beyond enabling the use of the Olympic Games surplus for the delivery of legacy programmes, as per the Olympic Host Contract, we are working with our commercial partners to create opportunities for purpose-driven collaboration on legacy topics with upcoming and past Olympic hosts.
The need to deliver legacy through the full lifecycle of the Games remains a priority, starting as early as the first dialogue with the parties interested in becoming future hosts, all the way through the Games preparation and decades after the closing ceremony.
We will also focus our efforts on measuring the impact and legacy of the Olympic Games. In the past years, we have created a common framework for organising committees to publicly report on the impact and legacy of their Games. For the next years, we will take a more active role and leverage our partnership with the OECD to improve the measurement of the lasting benefits of hosting the Olympic Games.
Another priority is to ramp up communications. In the general public as well as within stakeholders there is still a void to fill in terms of facts and perceptions relating to Olympic Games legacies. So far, we have established the basis by developing content for each edition. For the coming years, the focus will be to communicate on transversal topics that are common across Olympic Games legacies, such as sport participation, education or economic development. We will also target a more diverse pool of opinion formers and media outlets in our communications.
Keeping the Olympic values and memories alive in the decades following the Games also remains a priority. For this, we will continue supporting hosts in their efforts to activate, promote and celebrate Olympic legacy.

How would you associate the World Union of Olympic Cities and its Members to the achievement of these objectives?

The World Union of Olympic Cities is the IOC’s main strategic partner on legacy. The sharing of experience between Olympic host cities is the key to continuing to improve the way legacy is managed before, during and after the Games. Supporting the annual meeting of the World Union and producing cases studies on legacy activation remains a priority.
In the coming years, we would like to further collaborate with the World Union of Olympic Cities to promote multi stakeholder collaboration and dialogue between Olympic cities, legacy entities and National Olympic Committees.