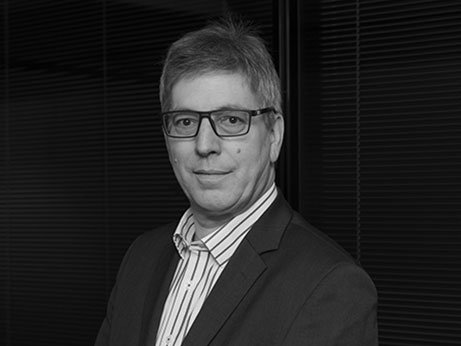 Vice-Mayor in charge of Sports and of Social Cohesion for the City of Lausanne, Switzerland

Member of the Executive Committee, World Union of Olympic Cities

You have recently returned from Jerusalem where you attended the 52nd edition of the International Children’s Games. What have you taken away from this edition?

The event was perfectly organized by the City of Jerusalem, in modern sports facilities able to accommodate young people from 13 to 15 years of age in the best possible conditions.
The 3×3 basketball competition took place on the esplanade in front of the Municipality of Jerusalem in the city centre and was a real showcase for the Games among the population and also the many tourists who passed in front of the Municipality located near the old city of Jerusalem. By organizing the street ball competition on the esplanade of the Municipality, the hosts respected the essence of this street sport, which is played on a surface that is not necessarily that of a sports hall, which can have a slight slope and little or no clearance zones, the terrain being restricted to its mere surface.

The International Children’s Games are above all a city movement. Children are both representatives of a city and a country. How is this dual identity structured?

Initially, they represent their city, sometimes their region, but in the end, they feel they bear the identity of their country of residence, and whatever their nationality is, since these young people come as representatives of a city, it is not necessarily the nationality of the country for which they are competing. And when they win a medal, they wear the colours of their country with a flag on their shoulders.

The philosophy of the International Children’s Games is about openness towards others, tolerance and friendship. Do you have some concrete examples to share of this solidarity and fraternity experienced during the last Games?

Participating and fraternizing are the foundations of the International Children’s Games which were created 50 years ago by the Slovenian Metod Klemenc, in collaboration with Emmanuel Braunschweig, who was from Lausanne. They aimed at bringing together athletes from the East and West which was separated by the Iron Curtain. Today, even if the borders are now much easier to overcome, we still find this spirit of young people who want to meet to communicate, in order to exchange, to get to know each other, to share. It is fundamental to start a sporting activity with these values in mind before achieving results that would allow some of them to participate in the Olympic Games, for example.
The example of the athlete who won the Fair Play Award comes to my mind. He was a Dutch athlete competing in fencing. When he learned that a German competitor had forgotten his clothes and his competition weapons, he didn’t hesitate a second in lending him all his equipment so that he could compete. This kind of behaviour demonstrates the values of respect and participation that we have already mentioned.
Children love to exchange their sportswear after competitions. They leave with T-shirts, trainers, caps and/or equipment from different countries or from the athletes from these other countries. This is the sign of friendships that were built during the event.
Today, young people create communities of athletes on social networks, on sites where they can exchange information. The young athletes all created between 10 and 20 WhatsApp groups, groups of boys and girls, groups related to this or that sport, groups based on an idea of subsequent exchange or visit.

Lausanne has been present since the first edition and today hosts the headquarters of the organization. What specific links are made between Lausanne-Olympic Capital, the ICG and the IOC?

The International Children’s Games Committee established its headquarters in Lausanne from the creation of the organisation. The headquarters of the Presidency is in Darmstadt in Germany and the Games’ Museum is in Celje in Slovenia. Lausanne is one of the 6 founding cities and participated in all editions. The IOC has recognized the International Children’s Games Committee. This recognition allows the IOC to give to all athletes a certificate of participation which is signed by the President of the ICG Committee and the President of the IOC.
The City of Lausanne, the ICG and the IOC share and carry the Olympic values. They all give special attention to the youth who are our future by supporting educational, health and welfare programmes, by encouraging the respect of differences and fair-play.
I was lucky enough to attend a swimming competition in which a youngster from Costa Rica took twice as long as the others to finish the race, but he showed that he could make it all the way, even though he was struggling to stay in his swim lane. He indeed made it to the end and was greatly applauded. We go to the Games to participate. This boy forged an experience that will be useful all his life. And, for me, it’s important. This is the Olympic spirit, the spirit desired by Pierre de Coubertin, this spirit of participation, which we find at the International Children’s Games.

How and why do you think the Children’s Games can be a legacy for the Olympic Cities?

Olympic Cities are responsible for preserving and valorising their legacy and keeping the flame alive. They have to be aware of this status that make them unique. To organize the International Children’s Games or send a delegation of athletes from one’s own city to the Games is certainly a strong commitment in terms of legacy.
Take the example of Innsbruck, which hosted the 2016 International Children’s Winter Games. The Innsbruck Youth Olympic Games Organizing Committee had planned for reserve funding to ensure a legacy of the Youth Olympic Games. This money was partly used to organize the International Children’s Games, which is the best example in my opinion.
The International Children’s Summer Games has 1’500 to 2’000 participants, which ranks them among the major events. If, at first, European cities met on both sides of the Iron Curtain, today there are representatives from all continents. With each new edition, cities come as observers, who see what the Games are about and who assess if they are able to organize this event in their home cities. For example, in Jerusalem, the mayor of a city in Sweden came which such an objective. The committee is now reflecting on the possibility and manner of organizing, perhaps once, these Games in Africa or South America.
I take this opportunity to thank the World Union of Olympic Cities for accepting to have the International Children’s Games Committee be present during its event, and in this context, to present the ISG activities and participate in networking.