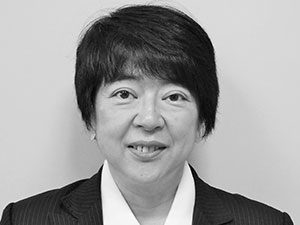 Tokyo will host the 2020 Summer Games. How will the Games contribute to shape the future Tokyo? What impacts of the 2020 Games do you expect for the development of the City?

Taking the opportunity of the Tokyo 2020 Games, the Tokyo Metropolitan Government (TMG) will accelerate various efforts in addition to the delivery of a successful Games.
First, we will realise a “Safe City” where citizens can live safe and secure lives during and after the Games. We enhance community disaster preparedness through the removal of utility poles from the streets, and establish risk management system together with public and private sectors.
Second, as the first city to host its second summer Paralympic Games, we will realise a “Diversity (diverse city)” where everyone can live vibrant lives and be active in society. We advance urban development that incorporates universal design such as removing physical barriers around the city. We also promote sports for people with impairments.
Third, we will realise a “Smart City” which will continue sustainable growth. We advance initiatives including anti-plastic waste measures and promotion of art and culture.
We would like to create the “New Tokyo” by realising the above “three cities”.

Tokyo already hosted the Games in 1964. What has capitalized Tokyo to build its candidature?

The Tokyo 1964 Games was the chance for Tokyo to proudly appeal its renewed face to the world since Tokyo had achieved a rapid reconstruction after the war. The Tokyo 1964 Games offered the opportunity to build foundations for urban development, introduce pictograms, and have a cleaner city. In terms of the urban development, the Shinkansen bullet train and metropolitan expressways became the driving force for Japan’s rapid economic development.
For the Tokyo 2020 Games, as a mature city, we would like to create valuable legacies from both tangible and intangible aspects. We promote a barrier-free environment, establish a culture of volunteerism, reform work-style, and achieve an Inclusive Society.
Since the year 2020 will mark the 10th year since the Great East Japan Earthquake, we would like to show the world the current state of recovery in the affected areas. We also would like to convey our heartfelt appreciation to everyone who has supported us.

On a daily basis, how does Tokyo promote its Olympic legacy and use it as an asset to further develop sport practice and access to sport for all?

The rate of Tokyo residents of the age of 18 and above who participate in sports at least once per week (sports participation rate) was 56.3% in 2016. TMG set a goal of raising the rate to 70 % by 2020 and to keep the level thereafter.
In order to achieve the goal, TMG has been promoting various initiatives in coordination with the relevant organisations as follows. We make sports facilities barrier-free so that people with or without an impairment can enjoy sports in various formats. We create the movement towards Paralympic Games by disseminating information through “TEAM BEYOND”, a project for supporting para sports. We explore new place for para sports among nearby Tokyo Metropolitan special needs schools. We foster human resources who support sports, and spot and train the talented athletes.
Having started planning from early stage, the way to utilise the competition venues after the Games, TMG will utilise them as valuable legacies for the people of Tokyo and the rest of Japan. For example, the Sea Forest Waterway with international standards will hold various competitions, serving to the development and training of athletes. It also provides opportunities for a wide variety of people with water sports and leisure experience events on the water.
We are hoping that many people will find sports attractive and enjoyable through these initiatives.

Tokyo will host the Annual Meeting of the World Union of Olympic Cities and the Smart Cities & Sport Summit in November. What do you expect from such international gatherings and meetings with other Olympic Cities and sport cities?

We are expecting to promote coordination and cooperation with other Olympic Host Cities and Sports Cities through the meeting. We look forward to exchanging opinions, knowledge and experiences on how to find out the way to utilise Olympic legacy towards development of the city.
It is expected to be the most ideal opportunity to show the participants the progress of preparation for the Tokyo 2020 Games and the attractiveness of Tokyo since the meeting is to be held in Tokyo this year. We welcome the participants to Tokyo from the bottom of our heart, and we wish they will feel and enjoy Tokyo where full of excitement is spread through as the city gets prepared for the Tokyo 2020 Games.