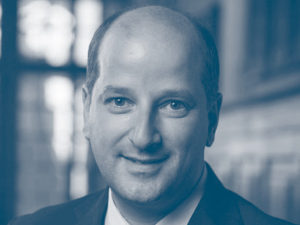 President of the World Union of Olympic Cities

The year 2020 got off to an exceptional start in Lausanne! Now that the curtain has come down on the Youth Olympic Games, it is time to take stock on this unique event. What are the ingredients for such a success?

The success of the Games is due to a great organisation combined with a real popular craze and wonderful weather! Both the Olympic competitions and the Lausanne en Jeux! Festival, all free and easily accessible thanks to an attractive mobility fee, served by 3800 volunteers, were an invitation to join the dream and take part in the Games. The audience reached 650’000 people in fourteen days!

Beyond these impressive data, I think that the best way to measure the success of the event was to walk in the streets of Lausanne and to attend competitions at the Olympic sites. It was such a great pleasure to see the smiles on kids trying winter sports, to feel the creativity of the vibrant cultural scene as well as the vitality and spirit of innovation of the students, to appreciate the dedication of the volunteers and to take part in young athletes’ performances and victories.

The success is made from bits and bits of Lausanne’s genuine identity, from culture to sport, from architecture to education, from history to innovation! And now it is time for Lausanne to build upon the Youth Olympic Games and capitalise on this amazing adventure to value its legacy.

The World Union of Olympic Cities welcomed a delegation of Mayors and representatives of Olympic Cities from all over the world for a rich Observer Programme. What do these special gatherings bring both to the City and the Union?

I was very pleased to welcome about 50 representatives from 15 Olympic Cities for this Observer Programme. Mayors and other official representatives had the opportunity to be at the heart of the Games for three days. They attended the Opening Ceremony and several competitions in the Ice Rink and at the Alpine Skiing site. They visited the all-in-one Olympic village, designed to become student housing. They were given presentations at the Hotel de Ville on both the organization of the Games and the cultural and sport festival. And they wandered through the city’s streets to feel the unique atmosphere and the popularity of the event.

I am convinced that the efficiency and usefulness of the Union, as for city networks in general, is increased tenfold when people can physically meet, discuss, connect and share. In addition to strengthening the network, on-site meetings at the heart of events give a special flavor of what it is humanly possible to do in terms of sport and culture, in terms of logistics and collaboration, etc. It is inspiring to live the event both as a spectator and an insider! And the first purpose of such gatherings is to offer inspiration to others, to get inspired by others, and to generate ideas to inspire further!

For the City of Lausanne, the Games give a wonderful international exposure. Other Olympic Cities also relay this exposure. Olympic Cities feel at home in Lausanne, the Olympic Capital, and they come here every other year for the Annual Meeting and Smart Cities & Sport Summit. It was more than natural to organise an Observer Programme and provide them with a yet unknown dimension of Lausanne as host city of the Olympic Games.

The next Annual Summit of the World Union of Olympic Cities will be organised at home, in Lausanne, from the 25 to the 28 of October. What could you reveal to whet the Union’s Members’ appetite?

The Union strengthens its network every year and our annual gathering remains the key meeting of the Association to take stock and think further. Legacy governance models have not yet delivered all their secrets and there is still a lot to explore in this matter!

The Smart Cities and Sport Summit will address the major challenges faced by cities in the present and future world as well as how to use sport as a powerful instrument to achieve Social Development Goals according to UN commitments by 2030. This programme will allow us to increase collaboration with UN multilateral and other international organisations.

As for the on-site visit, several Olympic Cities are located a few hours from Lausanne. Possibilities are therefore numerous and the Union is currently preparing a stimulating on-site visit!

I am looking forward to seeing you again in Lausanne next autumn and I wish you all a Happy and inspiring Olympic Year 2020!